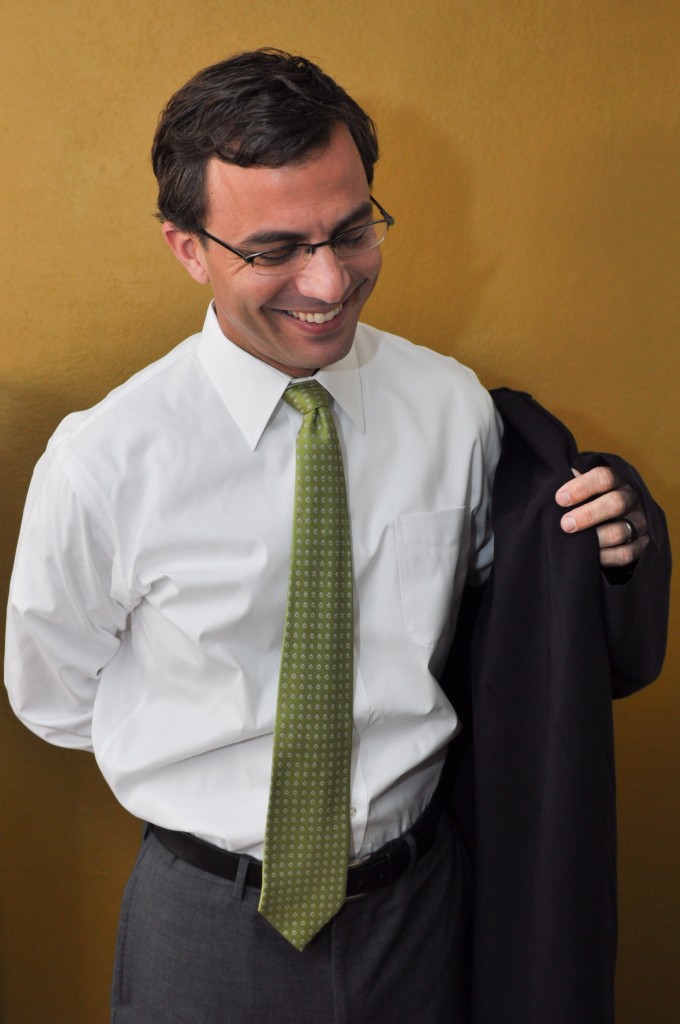 Court continues remotely even during the pandemic.

See this story on Spectrum News:

A note from a juror…

I was recently selected to be a part of the jury for a case in your court.

I just wanted to share with you that you seem to truly be an excellent judge. I was very impressed with you from our jury selection to handling objections to keeping the court proceedings moving along, etc. You were so patient and fair with everyone.

Thank you for giving me hope in our judicial system to know that there are professional, talented, & (most importantly) fair judges that run our courtrooms.

“The experience has broadened my understanding of the challenges facing the justice system in the State of North Carolina, and also allowed me to bring good practices from across the state back to Orange and Chatham,” Baddour says.

Judge Baddour is assigned home to District 15B (Chatham and Orange Counties) for the first half of 2021.

COVID-19 has presented unique challenges for the courts in North Carolina. During the height of the pandemic, Judge Baddour handled all civil and criminal Superior Court matters remotely, utilizing WebEx, in order to reduce contact between individuals needing access to the courts for regular and emergency civil matters, as well as for bond hearings, motions, pleas, and sentencing in criminal court. On the State wide level, he has been appointed to the Technology and Innovations Work Group that reports to the Chief Justice’s COVID-19 Task Force. The Group makes recommendations for innovative solutions to greater allow for efficient, fair access to justice for all. He also continues to monitor COVID innovations in the courts by participating in a workgroup sponsored by the National Center for State Courts. As that work winds up, he now serves on the Chief Justice’s Remote Proceedings Task Force, which will examine ways in which remote proceedings may be used in a more robust and efficient way across the state. For example, the Task Force will look at handling cases from jails and prisons remotely, instead of using vans to transport individuals. Scheduling of these proceedings is especially challenging, and will require statewide collaboration.

He continues to work on a pilot program for smarter criminal sentencing, which has been in effect since 2015 in Chatham County and 2016 in Orange County. The PSI (Pre-Sentence Investigation) Pilot program affects sentencing in most Superior Court criminal cases. The pilot program is designed to put into practice theories of “smarter sentencing” in which evidence-based practices are employed to craft better sentences. The Pilot program is a result of extensive collaboration between Judge Baddour, District Attorney Jim Woodall, District Court Judge (and former Assistant Public Defender) Sherri Murrell, and Chief Probation Officer Alan Pitstick, with significant assistance from the North Carolina Department of Public Safety. The rest of the District Attorneys office, Public Defenders office, and the criminal defense bar have also played an instrumental role in the implementation of the PSI Pilot Program.

Before Becoming a Judge

Prior to becoming a Superior Court Judge, Baddour was the Managing Assistant District Attorney for Chatham County.

Judge Baddour served as President of the 15-B (Orange and Chatham Counties) Bar Association in 2005-06.

From 1997 to 2001, he was a partner in a small law firm in Chapel Hill with cases mostly in Orange and Chatham Counties. Baddour handled a wide variety of civil and criminal matters in superior and district court, including many cases on a pro bono basis.

He grew up in Orange County, attending Chapel Hill High School. He obtained a degree in Political Science from UNC-CH, and a law degree from the UNC School of Law. Volunteer work has always been an important extension of Judge Baddour in the community. He has volunteered with the Women’s Center (Volunteer of the Year, 2001) the Chapel Hill-Carrboro YMCA Board of Directors (President, 2001), and the Chatham County YMCA. Since the merger between all triangle-area YMCAs, he has been a Board member of the YMCA of the Triangle.

Judge Baddour served as a Vice-President of the North Carolina Bar Association‘s Board of Directors 2020. He has served on the Bench-Bar Committee and has served on the Membership Committee since 2019. He served from 2007-2018 on the NCBA’s Technology Advisory Committee, acting as liaison to the N.C. Conference of Superior Court Judges.

Judge Baddour is a member and former President (2015-16) of the Susie Sharp Inn of Court, which is a group of trial and appellate judges, attorneys, and law students and faculty (from UNC-CH and NCCU) who meet six times a year to hear speakers on various legal and professional issues.  The purpose of the Inn is to promote and enhance professionalism in all disciplines within the Bar by creating a diverse, collegial, and congenial association of skilled attorneys dedicated to sharing their philosophies, knowledge, and experiences and willing to contribute to members’ continuing education through tutorials on timely subjects.  The Inn provides a unique opportunity for professional and personal enrichment.

Judge Baddour serves on the Administrative Office of the Courts (AOC) Judicial Forms Committee, as a liaison to the N.C. Conference of Superior Court Judges. The Criminal Forms Subcommittee is charged with creating, reviewing, and updating all criminal forms used by the court system.

Judge Baddour has served on the 15-B Judicial District Executive Council (JDEC) since 2016, which also includes Chief District Court Judge Samantha Cabe, District Attorney Jim Woodall, Public Defender Woodrena Baker-Harell, Orange County Clerk of Superior Court Mark Kleinschmidt, and Chatham County Clerk of Court Dana Hackney. JDEC convenes regularly to discuss ways to improve the courts on a local level, to increase efficiency, and to improve the court experience for all involved. Judge Baddour expanded the Council during the height of COVID to include a more robust response that included all judges.

Judge Baddour has served on the North Carolina Conference of Superior Court Judges Pattern Jury Instruction Committee since 2012. The Civil Subcommittee he serves on is charged with writing and updating existing civil pattern jury instructions for use by judges and lawyers across the state. The group meets ten times a year on Friday afternoons and Saturday mornings at the UNC School of Government. He has also served on the Education Committee of the North Carolina Conference of Superior Court Judges since 2012. The Education Committee plans the educational program for the required biannual continuing judicial education programs.

Judge Baddour has served on the Board of the YMCA of the Triangle (2015-16), and serves on the Chatham YMCA Board of Directors (which he chaired from its inception until 2017).

Judge Baddour returned to the Board of Directors of the Elliott Road (Chapel Hill) Branch of the State Employees Credit Union. He chaired that Board from 2014-15. He served on the Board of the Furlow Fund in 2015-16, an organization dedicated to supporting the delivery of comprehensive, compassionate, and timely surgical, medical, and dental team care for children with craniofacial anomalies in the Middle East.